Native Advertising: The Future is Now 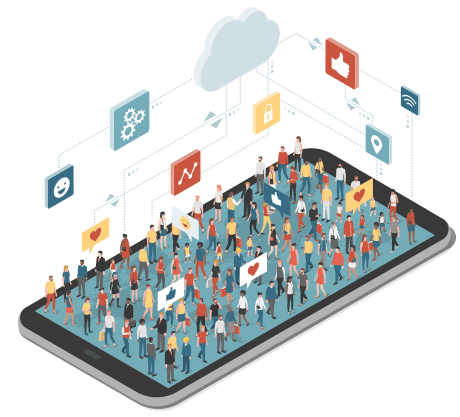 If you’ve been in the marketing space for any length of time, chances are you’ve heard the term “Native Advertising.” Though the term is relatively new, the concept has been around for decades. In years past it would’ve gone by names like “advertorial,” “branded content,” or something similar.

If you haven’t heard of native advertising, it’s probably a good idea to look into it now. According to at least one estimate, despite a recent slowdown, total expenses for native marketing alone is expected to approach $33 billion by the end of 2018. This makes it one of the fastest rising forms of advertising in vogue today.

What is Native Advertising Exactly?

Simply put, Native Advertising is any kind of advertising that looks less like an advertisement and more like a part of the normal content that that platform produces. It’s normally tagged with something like “Sponsored Content.” Other than that, it simply blends in with the background material, providing a non-disruptive experience for the reader.

Strictly speaking, there are six types of Native Advertising: segments built into the website, paid searches, sections that promote “recommended” content, advertisements that are bid on to appear at the top of search results, in-ad units, and divisions that form tailored content. The exact way in which they are delivered may vary from ad to ad, but there’s no doubting their efficiency. In comparison to regular display ads, native ads are viewed more frequently and clicked on more often – 63% more often, to be exact.

Why are They So Efficient?

Today’s average internet user is very tech-savvy. Not only can they spot an advertisement from a mile away, but they also have filters in place to protect them specifically against any form of unwanted advertisement. Native Ads, by comparison, are so well-received that over 30% of respondents admitted they would actually share a Native Advertisement with their friends. Moreover, a whopping 97% of mobile media buyers claim that Native Advertising is at least “somewhat effective at achieving brand goals.”

There are a few reasons why Native Advertising is so much more efficient than traditional forms of digital marketing.

Steps to Succeed With Native Advertising

In order to get started with Native Advertising it’s best to follow a few simple concepts, many of which you’re already familiar with:

Contact us today to discuss the latest native advertising strategies!

Mobile Experience MUST Be A Priority For Brands